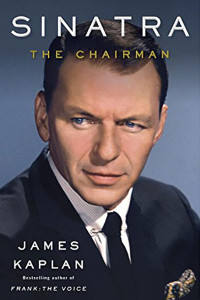 Doubleday published SINATRA: THE CHAIRMAN, the second and final volume of James Kaplan’s definitive biography of Frank Sinatra, on October 27, 2015.

“Magisterial…. I guarantee… you will weep…. Stick with it because you’ll learn a lot.” — Sibbie O’Sullivan, The Washington Post