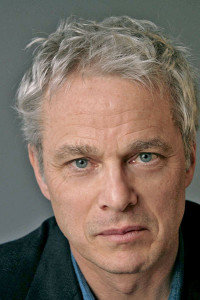 His essays and reviews, as well as more than a hundred major profiles of figures ranging from Madonna to Helen Gurley Brown, Calvin Klein to John Updike, Miles Davis to Meryl Streep, and Arthur Miller to Larry David, have appeared in many magazines, including The New Yorker, The New York Times Magazine, Vanity Fair, Esquire, and New York.

His first novel, Pearl’s Progress, was published by Knopf in 1989. His nonfiction portrait of John F. Kennedy International Airport, The Airport (1994) — called “a splendid book” by Gay Talese — remains a classic of aviation literature and New York storytelling.

His second novel, Two Guys from Verona, published in 1998 by Atlantic Monthly Press, was chosen by The New York Times as one of its Notable Books of the Year. In 2002 Kaplan coauthored the autobiography of John McEnroe, You Cannot Be Serious, which was an international bestseller (and number one on the New York Times list).

His 2005 book Dean and Me: A Love Story, co-written with Jerry Lewis and published by Doubleday, was a New York Times bestseller as well. In November 2010, Doubleday published Frank: The Voice, the first volume of Kaplan’s definitive biography of Frank Sinatra, which quickly went onto the New York Times bestseller list and was chosen by Times chief book critic Michiko Kakutani as one of her Top Ten Books of 2010.

In 2012, James Kaplan was awarded a Guggenheim Fellowship in nonfiction.

In 2015, Doubleday published the bestselling second volume of his Frank Sinatra biography, Sinatra: The Chairman, which won the Biographers International Organization’s Award for Excellence in Biography.

On November 5, 2019, Yale University Press published Kaplan’s biography Irving Berlin: New York Genius. Publishers Weekly wrote: “Kaplan tells the story briskly and with aplomb, adding plenty of showbiz antics, atmospheric evocations of Berlin’s New York, and shrewd critical passages that separate the musical schmaltz from the art (and find the art in the schmaltz). The result is a smart, entertaining biography of a great songwriter that will have readers humming along.”

Any cookies that may not be particularly necessary for the website to function and is used specifically to collect user personal data via analytics, ads, other embedded contents are termed as non-necessary cookies. It is mandatory to procure user consent prior to running these cookies on your website.